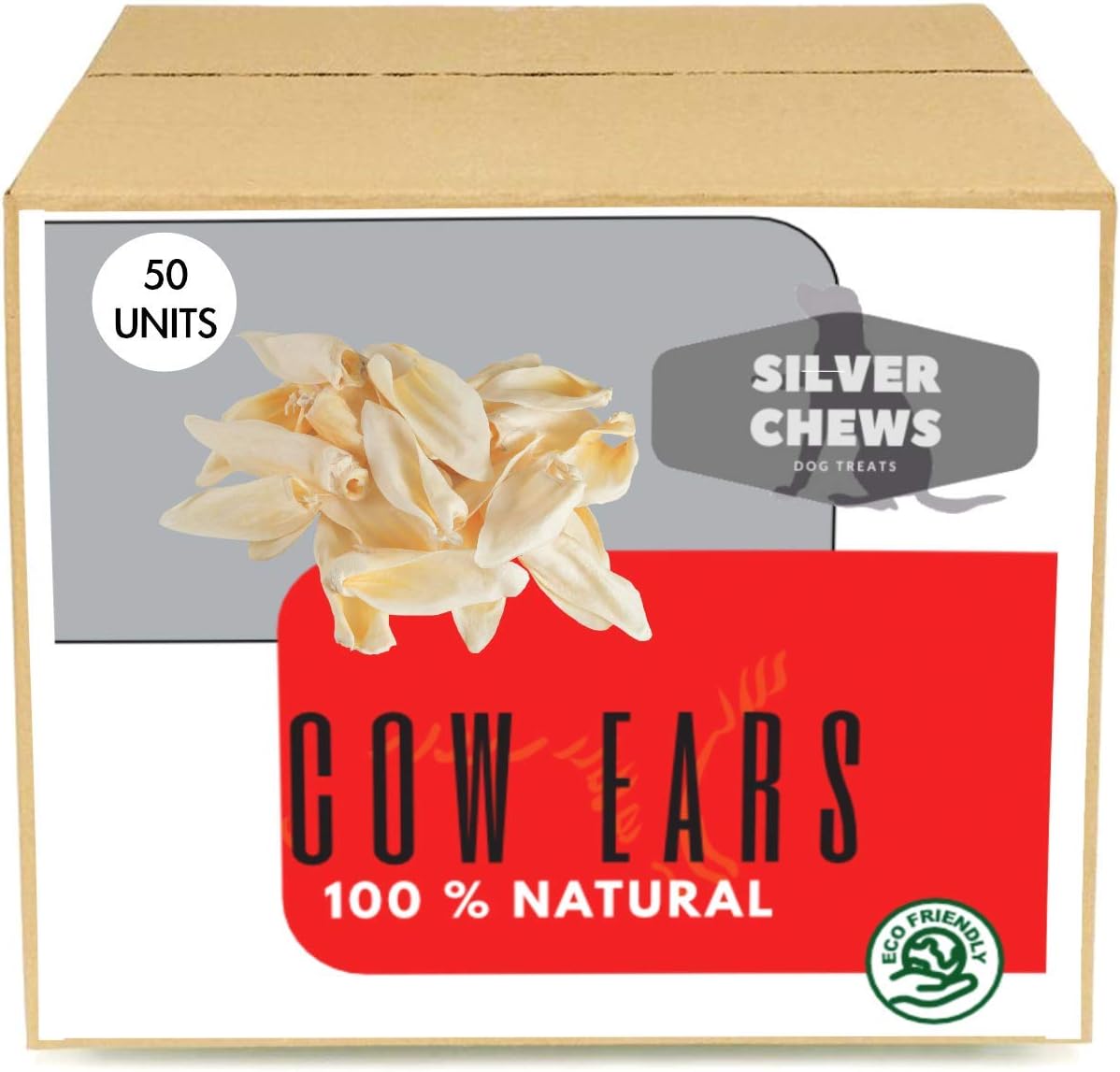 Our Cow Ears are an all-natural snack that will get make your dog happy. They are a slim alternative to other hard to digest treats. Plus, these fully digestible treats arenât greasy like other ears, so your pooch wonât leave behind a mess after munching on them. Made with no added chemicals or preservatives, these cow ears are a delicious healthy alternative to some hard to digest chews. Silver Chewâs slimmer ears are ideal for medium and smaller dogs.